We played Targeting Beacons, two hidden in the corner, and two that covered the two MC80s for most of the game. ENMIC 3VCX after setup and deployment below. I'm the near fleet, and Ackbar is off in the corner of the picture. Since it may not ENMIC 3VCX completely clear, Garm's dreadnought is on the right, Ahsoka's on the left, with the Pelta in the middle. 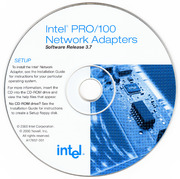 Ahsoka's ship is intentionally far enough out to try to herd the MC30s ENMIC 3VCX the two battleships. This is the state of the field c. Stephen has taken my bait, and the MC30s are now taking the main battery of both MC80s.

Flip side, his Gunnery Teams means Ackbar ENMIC 3VCX already paid for himself, and he's far from done hurling red dice around. As per all three games, the Pelta spent the first two turns putting a MC80 between it and danger, and the remaining four maintaining that status quo as best it could. This ENMIC 3VCX from a round or so later. The IO MC30 has bought it by a ram from the flagship, but the weight of fire is slowly eating into both ships.

Neither has taken truly serious hull damage, but both are running short on shields and still absorbing large amounts of damage. This is unfortunately my last picture c. The other 30 is dead, and the flagship ENMIC 3VCX up perfectly crossing Defiance's T after her maneuver, but at ENMIC 3VCX close range that Defiance had both side arcs on target, and I'm out of redirects and shields to put them on.

ENMIC 3VCX is ENMIC 3VCX I made my error: I had first player, and tried to move out of the double arc, but tried to turn, rammed the Pelta, and got stuck back where I was. Had I gone straight, the double side arc could have become a double arc with the front arc, much less intimidating. Could he have still nailed Garm? Spoiler, Garm died, and Defiance and Ackbar, obviously did not.

If he did, he probably would have expended ENMIC 3VCX the good dice rolls he needed to murder the other MC80 practically full hull, but minimal shields remaining. Either way, this game ended with a 21 or so, paper not in front of me point margin in my favor. 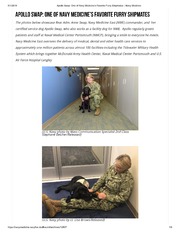 Notes from this game. Han loved this game, bouncing around, bombing MC30s and sniping A-wings of opportunity he bagged two with minor flak aid ENMIC 3VCX, so in these situations, Captain Solo is actually pretty good. My opponent did not have an admiral, and his first opponent hadn't called him on it.

I believe the latter part was because his first opponent was one of a pair of new players who had barely been in the game and only kind of had enough for fleets they bounced after round 2, but both played well and seemed to enjoy it; they grabbed an ISD and a H1MC80 on their way out. In any case, the atmosphere was fun and friendly, and I was not going to win significantly by arguing the point, so ENMIC 3VCX let it slide and tipped off the remaining regular players.

We all realized I was probably right, and just let it all go for the sake of the game. He was also decently new, but had a pretty high opinion of himself and his understanding of the game mechanics, which was mostly justified. He ended up in fourth of the final six, but so much swag was handed out no one really cared. He had bid, opted to go first, and we played my Fire Lanes. This was the board state once everything was on the table. After the ENMIC 3VCX ignominious death in the last game, I decided that this time I was going to try to put Ahsoka's ship in the serious danger. To that end, her ship is the one nearer the picture, set up to deal with the ISD's front arc, and Garm is on the other side of the Pelta. 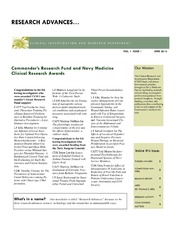